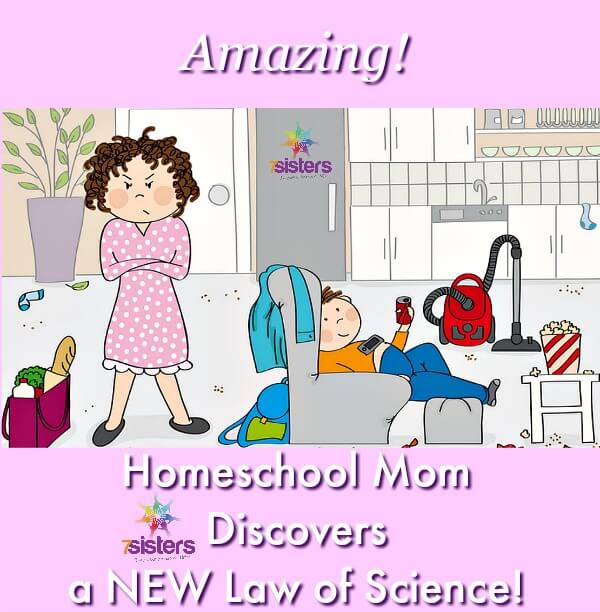 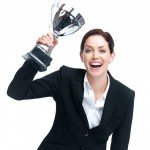 I am someday going to win some kind of prize for this.

But first you have to have a science lesson.

In Science there are several systems of laws that tell how the universe works.

Here are the 5 Laws of Thermodynamics (note the fun numbering).

I had to memorize these back in college, when I was a biology major (there were still dinosaurs then): 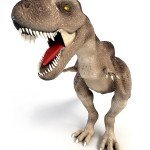 0th Law: “If two thermodynamic systems are in thermal equilibrium with a third, they are also in thermal equilibrium with each other.”
1st Law: “The increase in the internal energy of a thermodynamic system is equal to the amount of heat energy added to the system minus the work done by the system on the surroundings.”
2nd Law: “The entropy of an isolated system not in equilibrium will tend to increase over time, approaching a maximum value at equilibrium.”
3rd Law: “As a system approaches absolute zero of temperature, all processes cease and the entropy of the system approaches a minimum value.”
4th Law: Onsager reciprocal relations. 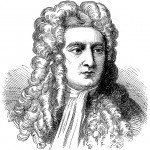 Then there are Newton’s Laws of Motion:

A REAL important one was discovered by Parmenides back in 485 BC: Nature abhors a vacuum.


OK, now that we’ve got that clarified, I’m going to tell you one they’ve missed.

It is a law so powerful that it controls hours and even days of every homeschool mother’s life. It is so consistent that it can be reliably tested and retested and the results do not vary. It is a law so sinister, so frustrating, so pervasive…. 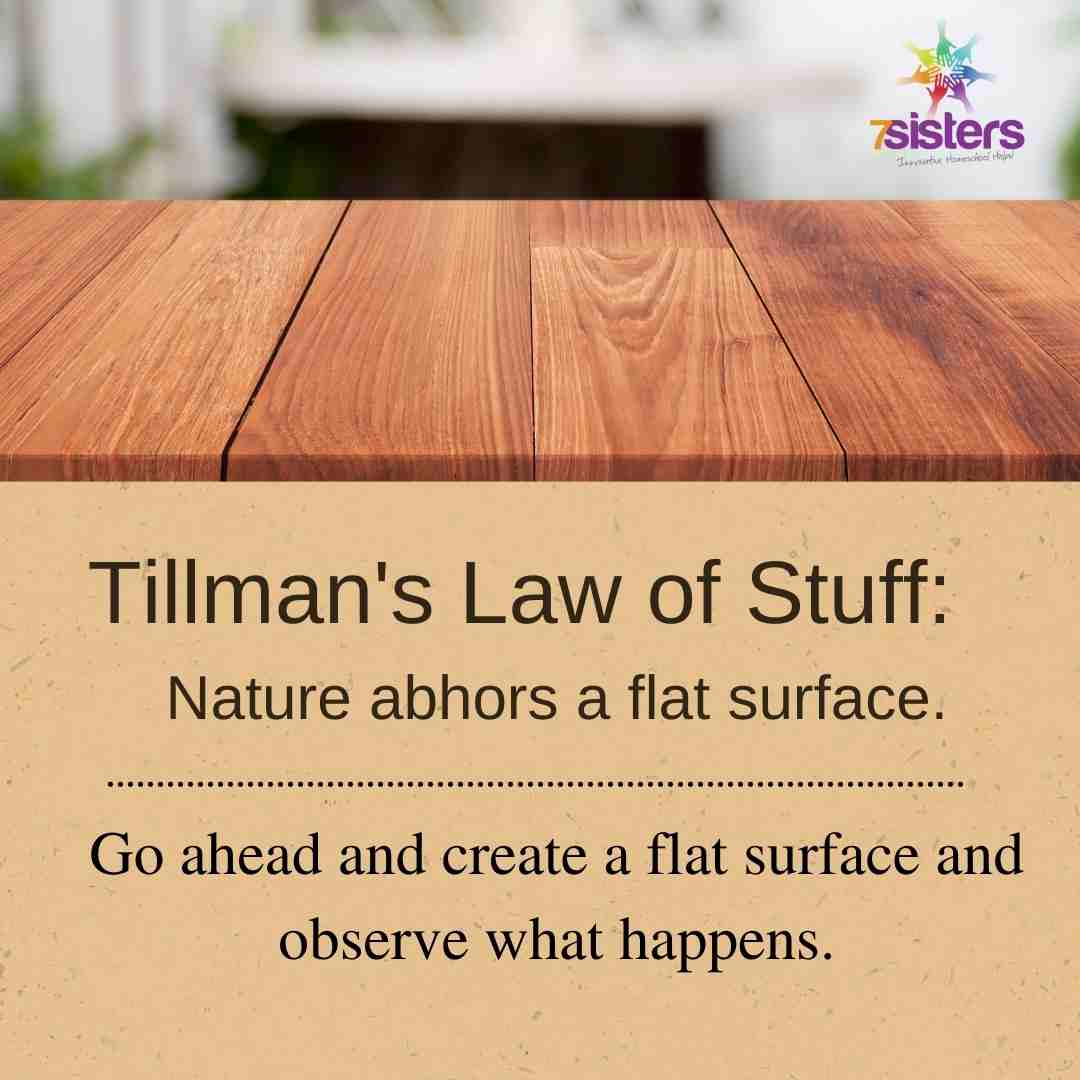 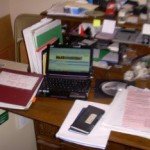 1) Create a flat surface in your home. (A flat surface is defined as a tangible, horizontal plane with no disrupting objects thereon.)

2) Place a video camera in a subtle location (so as not to disturb the local forces of nature).

3) Turn the camera on and bide your time.

4) Within 24 hours, visually scan the flat surface. You will find it is no longer flat!

What has occurred is that disrupting objects have appeared on the surface. Sometimes the objects appear to be of electronic origin, sometimes belong to the print-matter category. Often there will be crumbs of some edible object or artifact of a food container. The variety of species of living creatures on the flat surface appear to be related to the type of household pet within the house. (I have often found that the disrupting objects in my house have to do with music.)

5) View the footage from the camera.


While this gives explanation of the being that contributed to the disrupting objects’ appearance, it cannot explain why. The reason why is this:

Nature itself abhors a flat surface.

It is inescapable! If a flat surface occurs, living beings within close proximity to that surface are inexorably draw to post disrupting objects on that surface.

This is a great homeschool lab idea, I think. Try it!

I think the flat surfaces disappear even more quickly when you become a homeschool family! In case you are looking for ways to test this theory further.

Maybe it is just my house that never seem to have flat surfaces clear of clutter. Thanks for playing along with our humor! Laughing is our favorite stress reducer. While we want to help you teach high school we also want you to know it can be enjoyable. If you need more interaction why not join our 7Sisters Homeschool Facebook group! We carry on the conversations daily there.

Then, when you get finished with the lab and demanding a cleanup- get a free download of Career Exploration Questionnaire to get the perps to think about their future. You can follow that up with an encouraging look at God’s plans with them through Career Exploration Workbook.

Plus you will love our silly and wise advice about handling tough homeschool times (or tough anytime) with this episode on homeschool mindset…not platypus!