This week on HSHSP Ep 174: Teaching About Presidents’ Wives, Interview with Jill Hummer. This post is running concurrently on the Ultimate Homeschool Podcast Network. 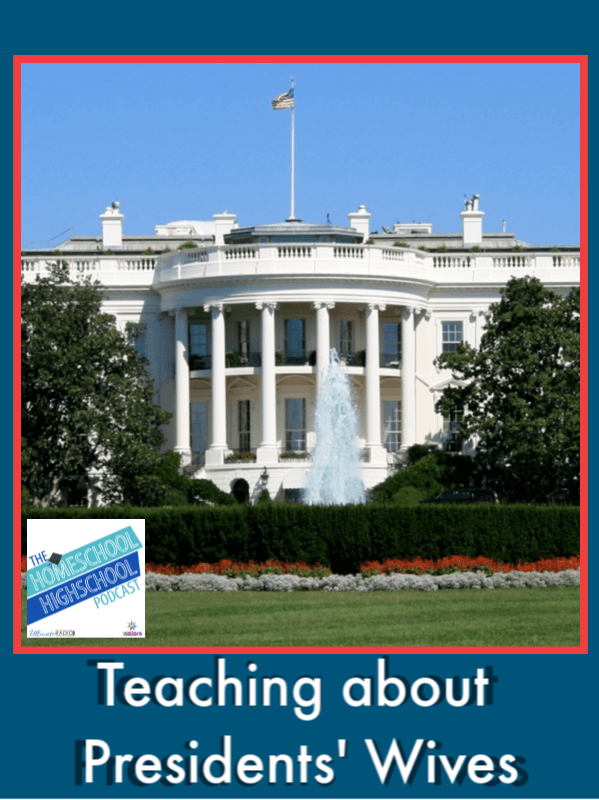 Homeschool high schoolers can really get some inspiration when they learn about American First Ladies. Our friend, Dr. Jill Hummer, of Wilson College, is a national expert on Presidents’ Wives.

Jill and her husband, Josh, homeschool their family. Josh was homeschooled himself, which makes them a second-generation homeschool family! Jill is also a Political Science professor at Wilson College in Pennsylvania. She is known for her expertise on First Ladies, having been interviewed on History Channel, given lectures on C-Span, and authored an interesting and authoritative book on the topic.

Why should homeschool high schooler learn about First Ladies?

Teaching about Presidents’ Wives? Start with some trivia:

When teens learn about the hardships that these ladies endured they learn that God hasn’t checked out of the universe, even when things get tough! 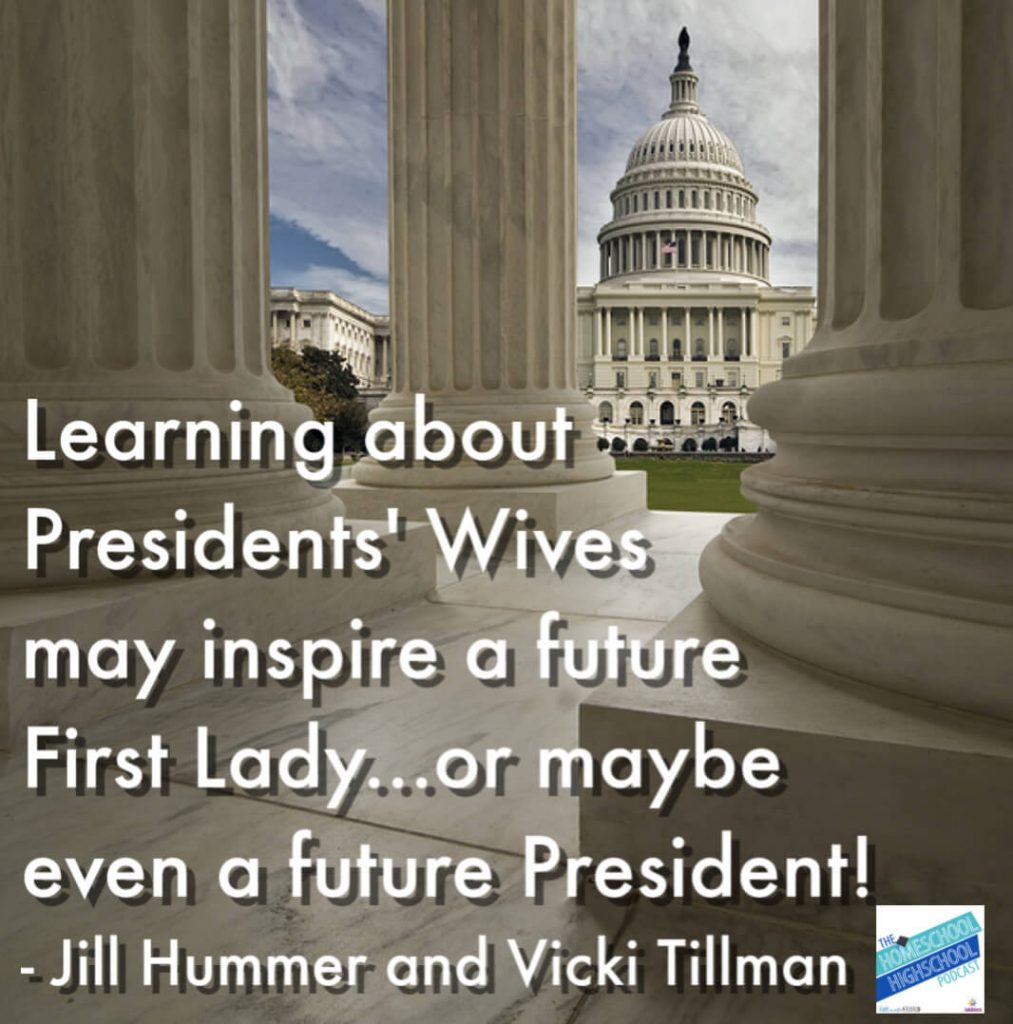 One thing that homeschool high schoolers can enjoy is this quote by Pat Nixon: Being first lady was the hardest unpaid job in the world.

(Said by Pat Nixon when she flew to represent the United States at the inauguration of the new president of Liberia. She had a 12 hour flight, days of state activity, right on the inaugural podium as a representative of her husband during the ceremony. After the event she sighed and said her famous quote.)

First Ladies are big influencers. Homeschool high schoolers can learn about Presidents’ Wives to begin thinking about becoming little influencers right where they are. (We can all be an influence for good in some way at each stage of life.)

First Ladies often take leadership in a cause or project while in the office.

Lou Hoover may not have thought about this cause before she came to office, but she was faithful to the role that God gave her as a thought-leader.

Jill Hummer became an expert in while a student at University of Virginia. She was a part of the college’s oral history project. She got to hear presidents tell their life stories. She realized then that Presidents’ Wives had little respect for what they do. She realized that they actually had much more influence than textbooks and academians thought. She made that her own project for her PhD studies. That has become her niche.

Jill’s book is First Ladies and American Women: In Politics and the Home

Join Vicki and Jill for this fascinating interview about Presidents’ Wives. Get more information about the First Ladies with these interviews with Dr. Jill Hummer.

And check out this C-Span talk by Jill Hummer about Presidential Wives.

If your homeschool high schooler would like to earn an entire elective credit learning about Presidents’ Wives for a powerful transcript, you can get how-to create a history elective credit in this post.

AND add some extra sparkle to your American History studies with games! Our friend, Meryl at Homeschooling with Technology podcast has an entire episode on history games!