Make Your Teen a Shakespeare Fan with Much Ado about Nothing. Here’s how! 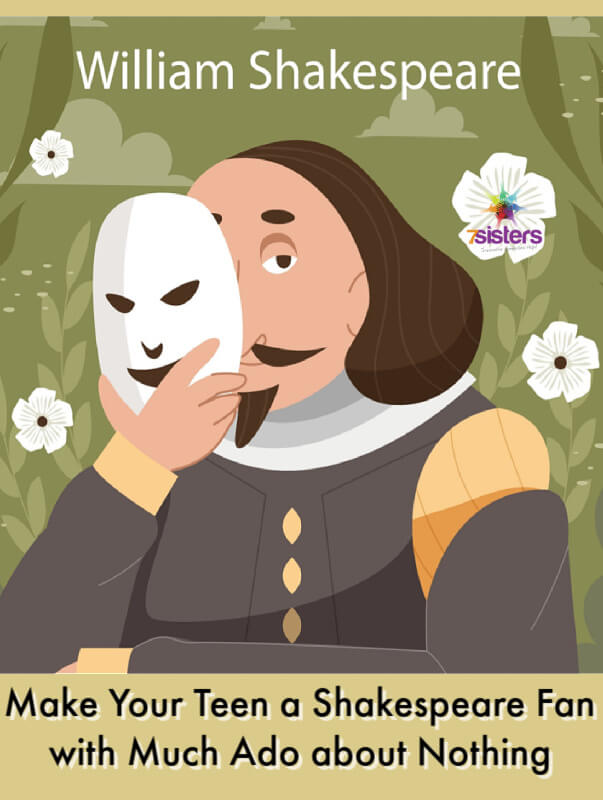 Make Your Teen a Shakespeare Fan with Much Ado about Nothing

I can remember when my homeschool high schoolers did not know that they were Shakespeare fans! Then in our homeschool co-op, they had a unit on Much Ado about Nothing! From then on, their literature world opened up because they found out that they can have fun with old British playwrights!

The unique thing about teens’ Shakespeare experience is the teaching that became Sabrina’s fun literature study guide for Much Ado about Nothing.

So I asked Sabrina to tell her story of how and why you can make your teen a Shakespeare fan with Much Ado:

Much Ado About Nothing Shakespeare Literature Guide – created by someone who didn’t really like Shakespeare for much of her life!

Yes, it’s true, as scandalous as that may sound.

I spent much of my life — a life filled with a love of literature and theater — feeling like I really should love Shakespeare. However, I didn’t.

Homeschooling, and the request of my local co-op to offer a high school Shakespeare class, nudged me into examining WHY I didn’t. Then, because I knew that life-long learning is a wonderful thing, I discovered why…and discovered a way to change it for myself and for others who aren’t naturally drawn to the Bard’s brilliant plays.

Creating curriculum to accompany one of Shakespeare’s very popular comedies, the process that yielded 7Sisters’ Much Ado About Nothing Shakespeare Study Guide was so much fun, and we think that using this curriculum will be FUN for your teen, too!

From the background information in the guide:

“Much Ado About Nothing is a play with LOTS of funny scenes! Shakespeare loved wordplay – linguistic playfulness, as some Shakespearean scholars call it. This play is FiLLED with words that are playing with one another!

Even the title is a play on words. There is a major kerfuffle in town about something that turns out to be really just a big misunderstanding. That’s the most literal meaning of the title.

But there are also lots of nosy characters taking note of one another, observing the lives and loves of their friends and offering unsolicited commentary about it. So there is much ado about NOTING all the shenanigans going on in town (and if you say “nothing” quickly, it sounds like “noting”).”

Why do so many high school students (and their parents) find it hard to believe that studying Shakespeare will be fun?

Well, that’s part of the problem right there:

Shakespeare’s plays should be enjoyed, not studied, in the early years of exposure to his work.

There’s time down the road in college or beyond to carefully study and dissect the language, the settings, the political and social commentary, the characters, but FIRST we would be wise to sit back in our seats in the audience and be entertained.

Shakespeare wrote for the people.

Today, we go to the movies or binge Netflix. In Elizabethan England, people flocked to see his plays to be entertained, to be moved, to cheer for heroes and boo at the villains, and to be transported into someone else’s story for a couple of hours. The often uneducated crowds for whom he wrote plays were not looking for an academic challenge; they were looking for a fun afternoon out!

Somehow along the way, because his plays are so brilliant, many of us came to believe that they should be studied first. However, in getting that cart before the horse, we never came to find them entertaining. 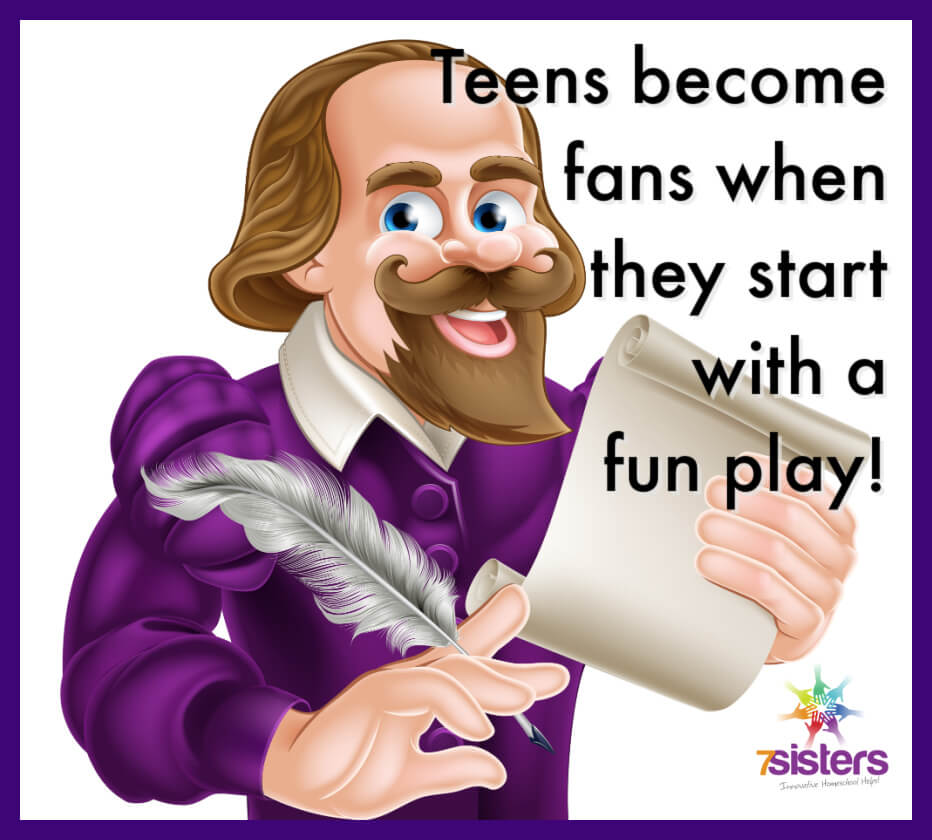 Make Your Teen a Shakespeare Fan with Much Ado about Nothing: Shall we try a different approach?

The Much Ado About Nothing Shakespeare Study Guide for high school begins with the story and characters.

Since the Elizabethan language makes it difficult for many teens to connect with the story initially, the guide provides a Super-Fast Summary that tells us:

Teens then watch a solid performance of the play (recommended productions available online are included in each 7Sisters Shakespeare Study Guide) feeling confident that they understand the basics. Therefore, they can stop analyzing long enough to be entertained!

While this spoiler approach removes some of the sense of suspense, it also relieves students of having to understand the language well enough to track what’s actually unfolding in the story itself.

It may sound odd, but knowing where the story is going really helps many students relax and actually observe the characters. This gives them breathing space to:

Because it is okay if a significant percentage of the Elizabethan words just fly past them without full comprehension, they are able to take in the play as a WHOLE. Therefore, they can make a connection to it.

When teens connect with a story, they are eager to dig more deeply into it as an academic challenge!

Therefore, by starting with an easy connection via the Super-Fast Summary and a performance to enjoy, they are poised to:

If it sounds like finding the FUN might be worth a try, 7Sisters Much Ado About Nothing Shakespeare Study Guide is a great place to begin. This play has lovable, goofy characters, as well as one of the most clear-cut examples of a villain (according to the expectations of Elizabethan audiences) ever written. There’s music and dancing, a Constable named Dogberry who will make you fall off your seat laughing, and one of the spunkiest heroines ever in the lovely and sharp-tongued Beatrice.

The Much Ado About Nothing Shakespeare Study Guide includes:

Make Your Teen a Shakespeare Fan with Much Ado about Nothing