Good news! Introducing a play script based on Classic: Little Women and how to use it. 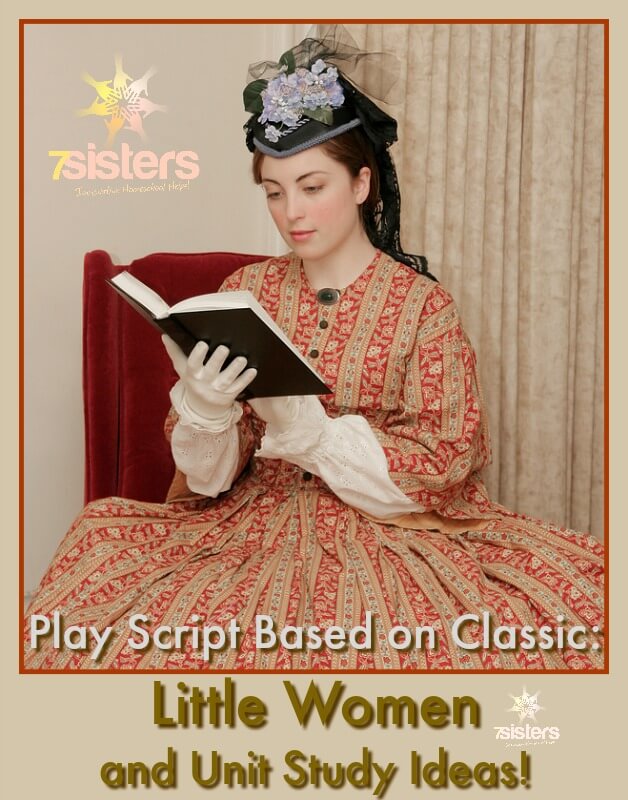 Introducing Play Script Based on Classic: Little Women and How to Use it!

There’s something we’ve noticed over the years. Many of our homeschool high schoolers love classic American literature and many of them also love drama productions. That love prompted a homeschool co-op to contact Sister Sabrina to create a script based on Little Women that they could produce as a play for their local community.

Sabrina was so excited that she launched right into the task and created Little Women: The Strength of Sisters! 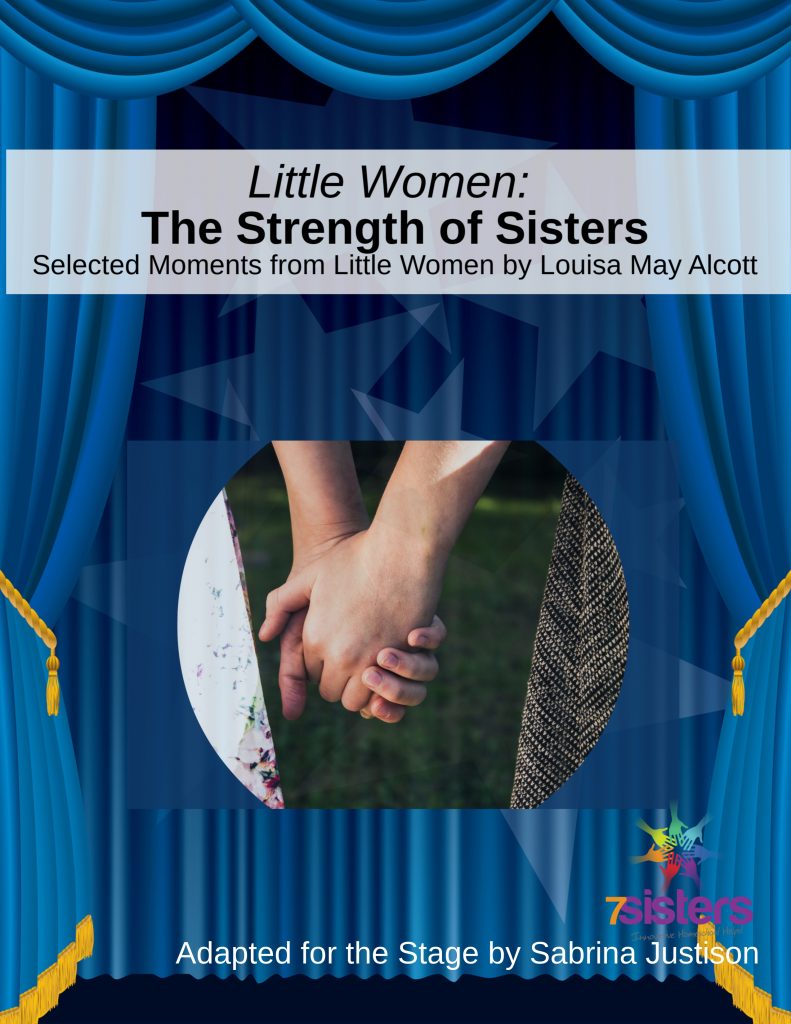 That co-op had a great time producing and performing this one-hour play based on selections from Little Women by Louisa May Alcott. Now 7Sisters is making the script available on our estore.

As you know Louisa May Alcott’s beloved novel Little Women was published in 1868 and now in the public domain. It follows the lives of four sisters, Meg, Jo, Beth and Amy March as they grow from girls into young ladies during the Civil War. Their father is away serving as a chaplain in the army, and their beloved Mother, “Marmee,” oversees their humble, love-filled home.

Next door to the March girls lives Mr. Laurence, a wealthy old man, and his grandson Laurie (also called Teddy) who is close in age to Meg and Jo. Laurie’s tutor Mr. Brooke eventually forms a friendship with the March girls as well, and they all walk together through many trials and joys as friends and neighbors.

Little Women: The Strength of Sisters

This play focuses on several pivotal moments in the early part of the March girls’ story. Jo longs to be a published author and struggles to control her temper; Meg cares for her sisters in their home but is almost mature enough to have a home of her own; Beth’s generous nature compromises her fragile health when she is exposed to Scarlet Fever while tending a poor family; Amy wants so much to be as grown-up as her older sisters that she sometimes acts like a spoiled child in spite of the good heart that lies beneath her immaturity.

As they work on the drama production, homeschool high schoolers focus on the very real struggles the sisters (as well as most people) experience:

Homeschool families or co-ops can produce a play or simply experience a Readers Theater Day using Little Women: The Strength of Sisters.

If you’d like to create an entire unit study based on Little Women. Try these: 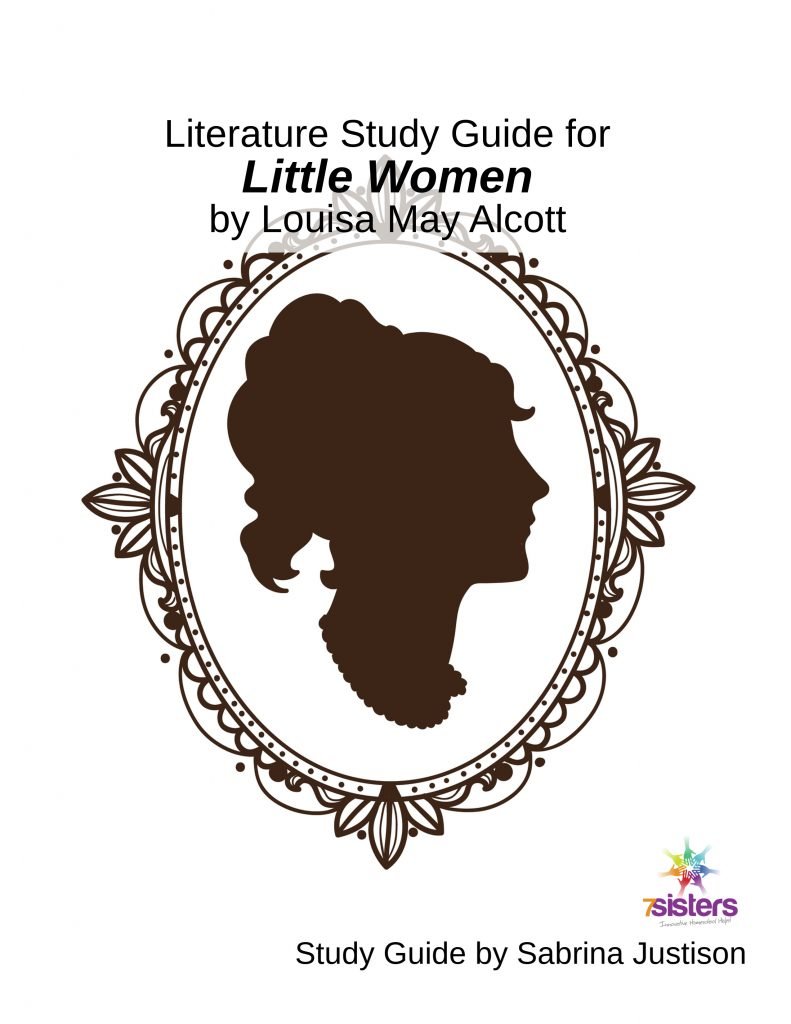 Get started by downloading your copy of Little Women: The Strength of Sisters. Give your teens a wonderful classic experience.

Introducing Play Script Based on Classic: Little Women and How to Use it!